You are here: Home

Santorini, Santa Irene, Stroggyli, Kallisti, Thira. A land that has been constantly inhabited ever since prehistoric times is waiting for you.

Our tour includes visits to: 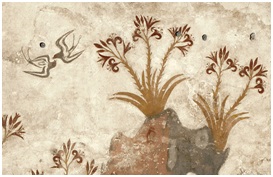 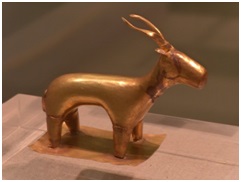 Akrotiri located on the southern edge of the island. The excavations at Akrotiri have uncovered one of the most important prehistoric settlements of the Aegean. The first habitation at the site dates from the Late Neolithic times (at least the 4th millennium BC). It was extended and gradually developed into one of the main urban centers and ports of the Aegean.

The town's life came to an abrupt end in the last quarter of the 17th century BC when the inhabitants were obliged to abandon it as a result of severe earthquakes. The eruption followed. The volcanic materials covered the entire island and the town itself. These materials, however, have been protected until now and  the buildings and their contents are similar to Pompeii.

Ancient Thira in Kamari / Mesa Vouno.  Santorini's city of historic times, a fortress built at an altitude of 385 m was founded in the 9th century B.C. by the Dorians and we can detect traces of inhabitation up to byzantine times.

Museum of Prehistoric Thira in Fira.  The Museum is the home of Akrotiri murals and utensils  as well as of artifacts from other areas that date back to Neo-lithic times. 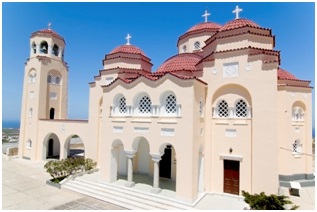 Panagia Episkopi in Exo Gonia Panagia Episkopi It is the most important Byzantine monument on the island. The initial church was a three-aisled early Christian basilica and was transformed into a cruciform church. Later on, two chapels were added. The Emperor of Byzantium Alexios I Comnenos (1081-1118) is acknowledged as the founder and donor of the church, it is the first type of church with a cruciform dome covered with byzantine tiles, built on the island.